One week ago today (6 June 2012), the Internet Society (ISOC) led the charge on a voluntary initiative called World IPv6 Launch.  Participating in this event were: five home router vendors, 77 Internet Service Providers, and 3,013 websites.  By signing up as a website or ISP, you were committing to enabling IPv6 on your network or website on 6 June 2012; and then never disabling it.  So this was basically the long awaited flag day for IPv6.

This is a big deal.  The top 6 sites on the entire Internet enabled IPv6 last week.  This means Google, Facebook, Microsoft, Yahoo and Wikipedia all felt that having IPv6 content available now is important for their bottom line.  This is history folks, this has never happened to IPv6.

The Technical Breakdowns and Takeaways

This is all fine and dandy, but what have we seen?  How has this affected Internet traffic in general?  The answer is plenty – relatively speaking. TechTarget (taking in statistics from Geoff Huston and others) has a great graphic showing the state of IPv6 on the Internet for just the last 3 years.  Basically, it’s quadrupled (see below). 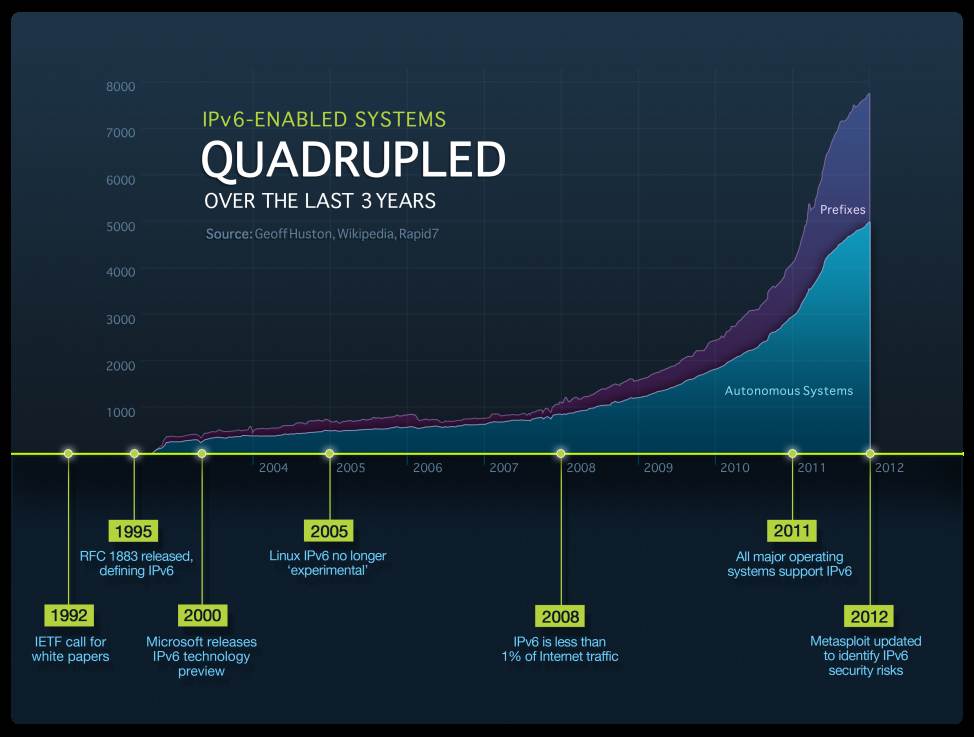 Here’s some of the technical specifics and our wrap up one week into IPv6 Launch: